Five essential places to discover the history of Mallorca

It may be a small island, covering just 3,667 km2, but Mallorca is brimming with history. Strategically placed in the Mediterranean, its occupants - the Talaiotic people, Romans, Vandals, Byzantines, Muslims, Christians - have all left their mark on the landscape over the centuries, with buildings and sites that invite visitors to take a journey back in time. A valuable heritage boasting many important features that guarantee its preservation and also make it an attractive cultural destination. So let's look at the some of the best places on Mallorca to get to know both the island and its history a little better. 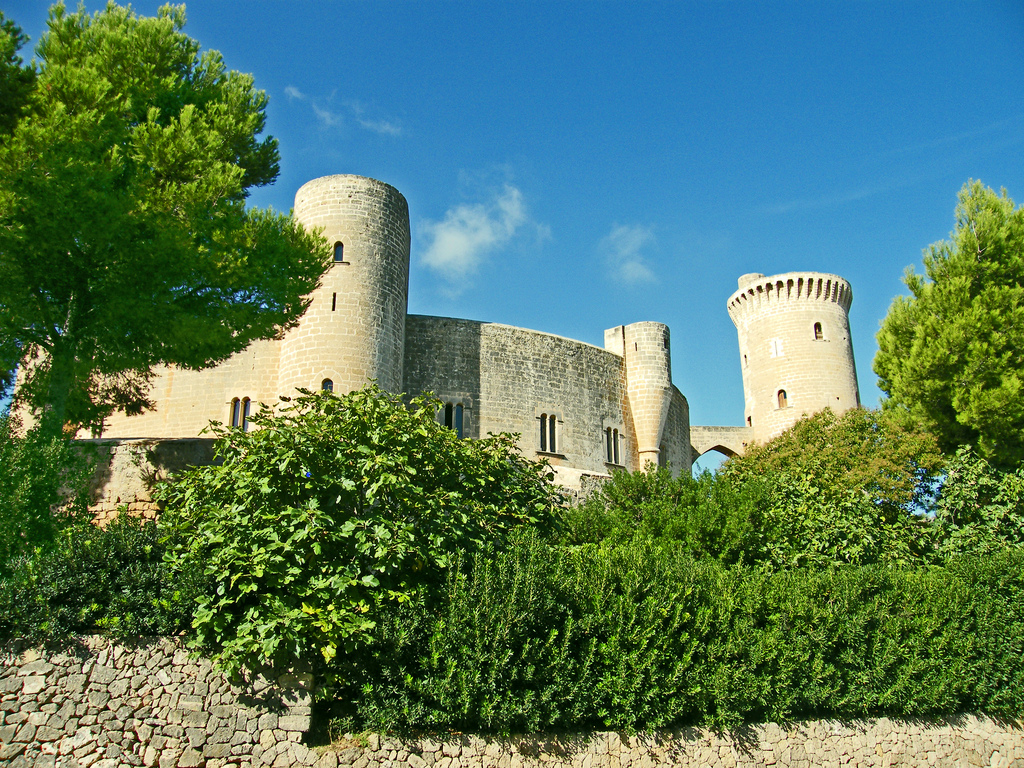 Located on a hill at 112 metres above sea level, this castle dominates the landscape to such an extent it has become an important cultural icon for the island and even a synonym of Mallorca. Bellver "crowns" the city of Palma with its circular floor plan, being one of just four castles in Europe with this architectural feature. It was built in the early 14th century as a residence for the Mallorcan royal family, offering them protection in the event of epidemics as well as attacks and sieges. The fact that it's relatively impregnable also meant it could be used as a prison: supporters of King James III passed through its walls and into its cells after the King's death in the battle of Llucmajor (1349), as well as bandits, supporters of Charles VI, intelligentsia (the most famous of them all, the Minister Gaspar Melchior de Jovellanos), soldiers, anti-absolutists and, in the 20th century in the context of the Spanish Civil War, Republicans, teachers and Freemasons. 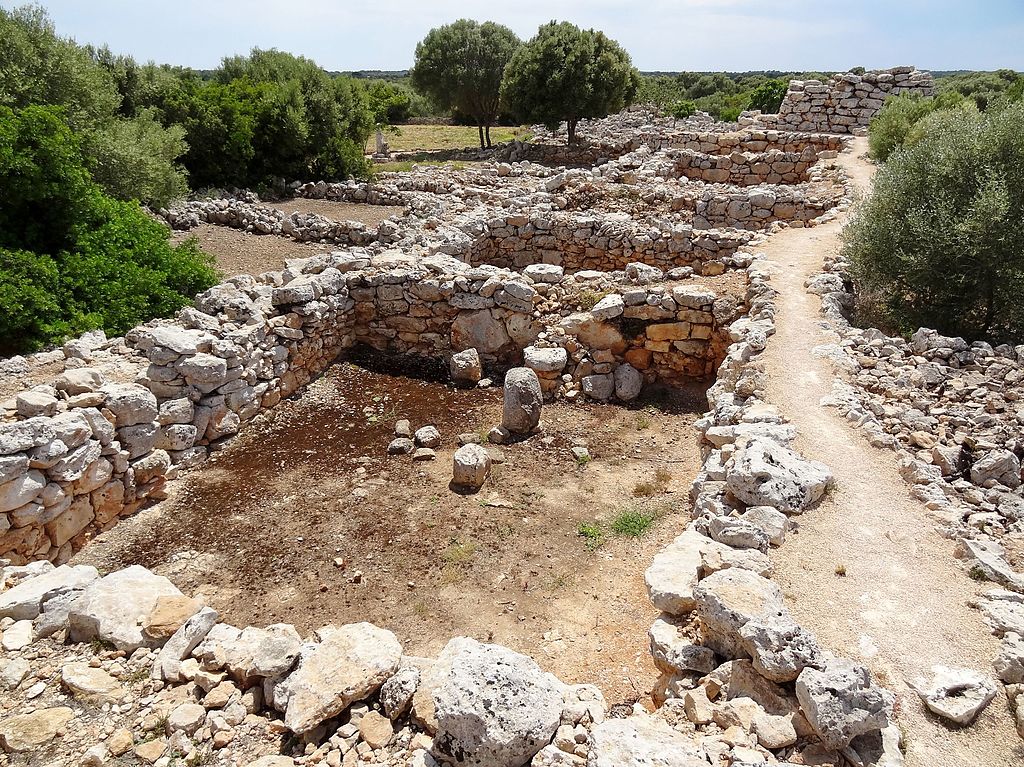 Researchers and others are fascinated by the Talaiotic period because of the large number of questions this culture poses, which developed on the Gymnesian Islands (Mallorca and Menorca) during the Bronze Age and Iron Age. The prehistoric village of Capocorb Vell may be able to answer some of those questions. It dates from about 1000 BC and is located on an old possessió or estate in the municipality of Llucmajor. Considered to be one of the largest and best-known Talaiotic sites on Mallorca, it contains three defence towers, a ceremonial centre and a double row of houses that were inhabited until well into the Roman colonisation. 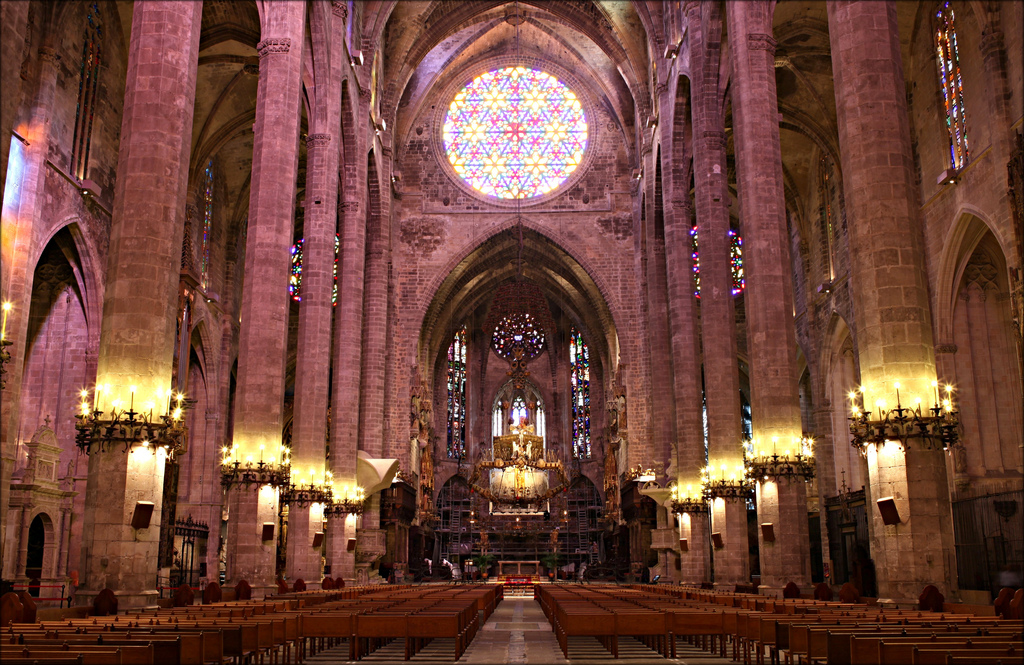 Palma Cathedral was built between the 13th and 16th centuries and has been the city's main religious building ever since. In the Catalan Gothic style, it's famous for its 97.5 m² rose window which, together with the one in Strasbourg Cathedral, is the largest in the world. Its construction on the former site of a Muslim mosque began shortly after the Christians took back the island in 1229 in the name of King James I of Aragon. It holds the mausoleum of the royal family of Mallorca and the tombs of several illustrious people (such as Beatriu de Pinós, protector, promoter and disseminator of Llullism). Various reforms have been carried out at different times by Antoni Gaudí and Miquel Barceló. 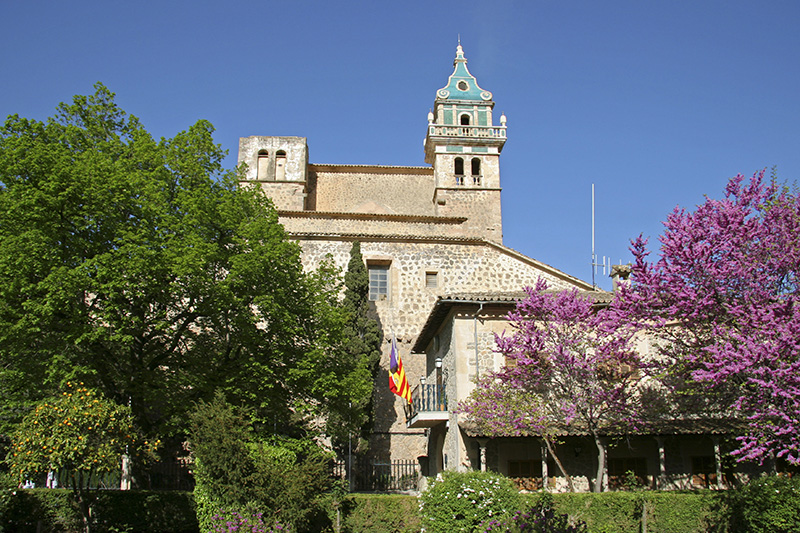 The origins of the Carthusian complex at Valldemossa date back to the time of King James II (1243-1311). At the end of the 14th century, Martin "the Humane", sovereign of the Crown of Aragon's territories from 1396 to 1410, yielded all the royal possessions of Valldemossa to the Carthusian friars and these were held until 1835, the year of the expropriation of monastic properties by the government. In addition to its immense value as a heritage site, several illustrious figures also stayed at the Chapterhouse, such as Frédéric Chopin, Archduke Ludwig Salvator, Jorge Luis Borges, Rubén Darío and Santiago Rusiñol. 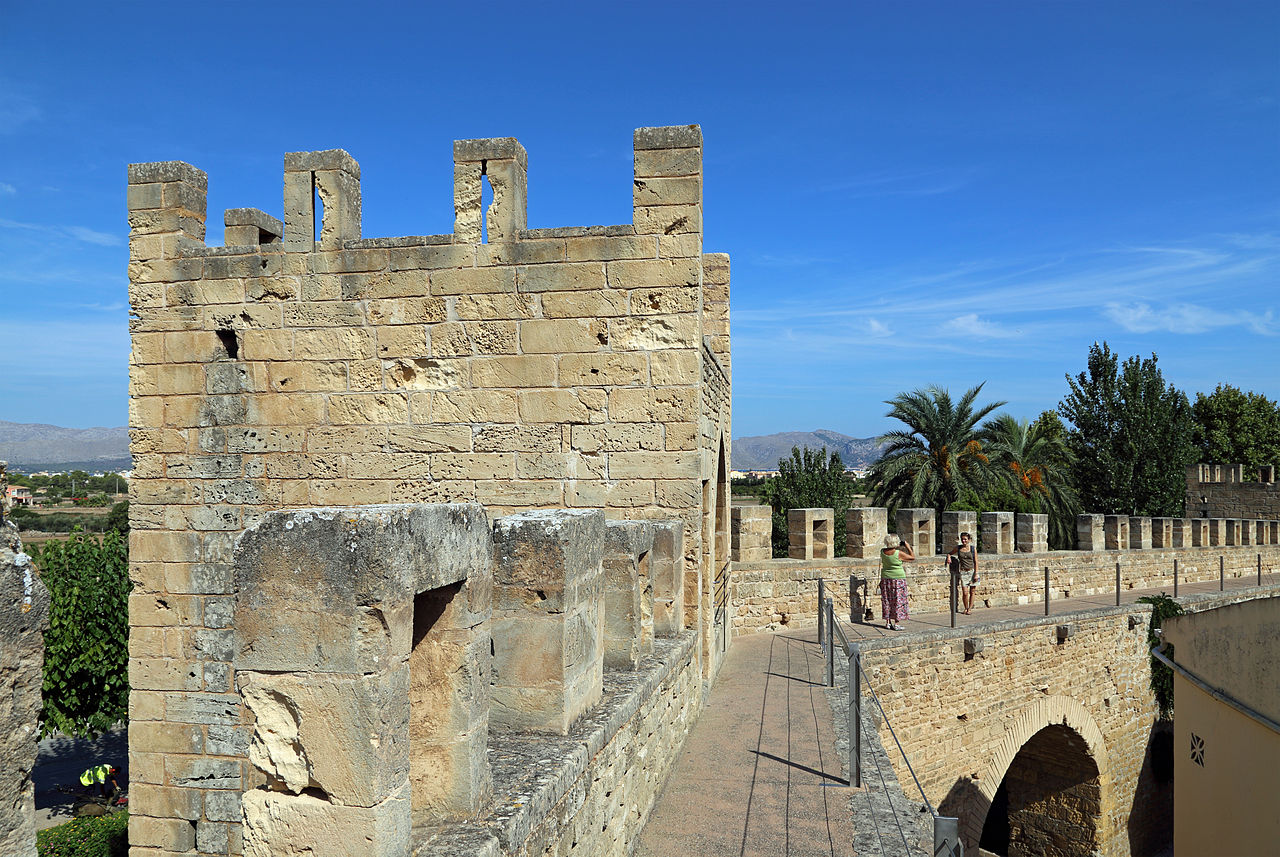 This medieval wall is one of the most symbolic historical constructions of the town of Alcúdia. The first set of walls began to be built towards the end of the 13th century as protection against pirate attacks, not only for the town itself but the whole northern end of the island. The walls influenced the medieval layout of Alcúdia, with its narrow, irregular streets, and within the walls there are still buildings of great architectural value with elements that illustrate the town's illustrious past.

Your ticket for the: Five essential places to discover the history of Mallorca

Five essential places to discover the history of Mallorca