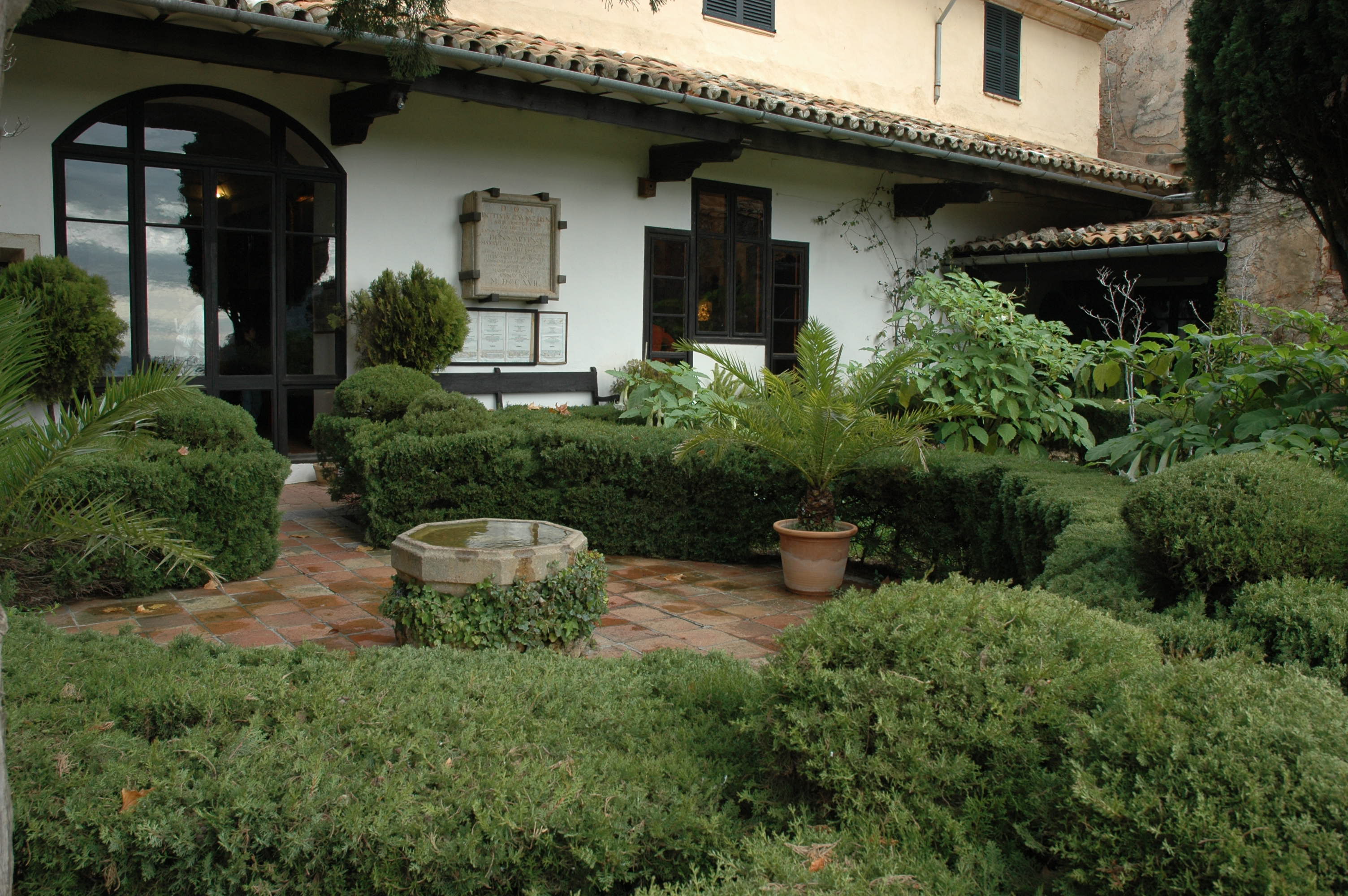 The Priors Quarters were inhabited by the Prior, the head of the monastery. This cell holds a private Oratorium, Library, Audience Room, Bedroom, Dining room, Ave Maria and Garden, identical in all the cells.

The Chapel is presided over by a Gothic sculpture and served as the Prior’s own private oratorium. Here the politician and man of letters, G. Jovellanos, used to hear mass while in exile at the monastery. In the antechamber to this chapel you can see a stone plaque commemorating his stay and another in memory of the priors who had lived here.

There are also some references to Saint Catherine Thomas, the only Mallorcan saint, who was born in Valldemossa and devoutly worshipped by the Carthusian monks.

The Library contains the monks’ books and manuscripts. Each monk could only take two items to his cell to read at any time. The monks used to meet here, as a chapter, to talk during the half an hour a week permitted by their Order. There is a notable marble triptych from the 15th century representing the marriage between Marie de Montpellier (fleur de lys) and Pedro II (or Peter II) of Aragon (bars), the parents of Jaime I El Conquistador (James I the Conqueror); opposite is a chest with Our Lady of Sorrows and, in the central cloth, another triptych from the 16th-century Flemish school, showing the Adoration of the Wise Men. The ceramic covering the top of the shelves is from Alcora, Teruel and Catalonia.

The Audience Room was where the Prior would receive frequent visitors. The central glass cabinet contains royal letters, books on astronomy and an incunabulum by Ramón Llull El Árbol de la Ciencia (Tree of Knowledge), as well as two Papal Bulls from Pope Luna of Avignon, Benedict XIII (the antipope). Of note among the canvases hanging on the walls is Saint Andrew by Herrera, under the influence of the El Greco school. Opposite this is the Flight of the Israelites from Egypt, by Bassano.

Here we can go into the garden, where the foundation stone of the new monastery has now been placed. Each monk used to cultivate their own garden as they wished, being able to grow fruit and vegetables in combination with flowers.

The Dining Room was only used by visitors as the monks would eat alone. On the table is a map of the Carthusian monasteries established and, on the wall, another with the present-day monasteries. There is also a collection of Hispano-Arab pottery, easy to identify thanks to its metallic glints, as well as examples from Savona and Catalonia. On the left of the cabinet is the letter from King Martín I of Aragon (the Human), donating his palace at Valldemossa to found this Carthusian monastery, dated the 14th of June, 1399. To the right is the invoice from the Catalan sculptor, Adrià Ferran, for the sculptures of the saints he created for the new church.

The Ave Maria is a small vestibule, used by the monks to offer a Hail Mary whenever they entered or left their cell. An image of the Divine Shepherdess presides over this space. 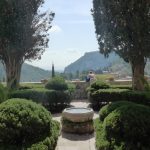 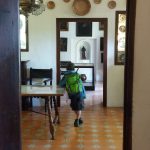 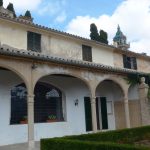 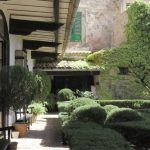 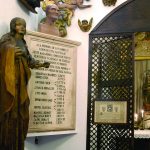 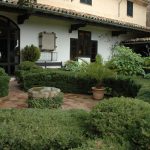 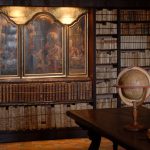